In a speech from 1936 the Great Man says that women should participate in neither warfare nor politics. A woman who does a good job raising several children accomplishes much more for the future of the nation than any female attorney, no matter how distinguished. (This becomes self-evident when the standard of merit is what is good for the nation rather than individual status-seeking.)

Furthermore, he says, it is a disgrace to the men of any nation to have their women involved in combat, as Communists in the Soviet Union and in Spain had recently innovated. 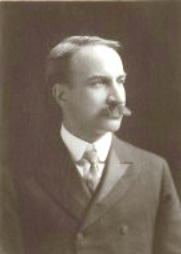 Walter F. Willcox (1861-1964) was a professor in the department of political science and history at Cornell University, who authored the entry titled "Negro" in the highly regarded eleventh edition of the Encyclopædia Britannica.

As in many other matters, the first task in getting a correct picture of the Negro is to overcome misinformation. Although himself born in Massachusetts, Professor Willcox recognized that there was a tendency toward distorted reporting by the newspapers of his own state regarding racial conflicts in the South.

I found this interesting passage in Negro Criminality, a speech given by Professor Willcox before the American Social Sciences Association at Saratoga, New York, on 6 September 1899:


I cannot accept a large proportion of the accounts printed in Northern papers, describing the relations of the two races in the South. One of the virtues of civilization imperfectly developed in the Negro race is veracity, and accounts coming from them must be tested carefully before acceptance. Where nothing is known regarding the trustworthiness of the witnesses or the inherent probability of the statements, the presumption is in favor of the White man's testimony. Hence those newspapers which apparently make the contrary presumption are often misled.

One instance which came under my own observation may serve for a hundred. Recently a lynching occurred in Alexandria, Va., within five miles of the national capital. A Washington correspondent of the Boston Transcript described the facts, and said that the Negro boy was guilty of nothing more than insulting a child. The Springfield Republican reprinted the letter, and in editorial comment said that the boy's only crime was his color.

I went at once to the mayor of Alexandria, and learned from him that at a hearing over which he presided the eight-year-old girl testified that the Negro had been guilty of indecent familiarities upon her by force. Probably any Southern jury, on hearing the child's testimony, would have found the Negro guilty of an attempt to commit rape.

Yet representative Northern newspapers in reliance upon their sources of information have seriously misrepresented the facts. [Willcox, Negro Criminality, p. 23]


While Professor Willcox observes the Negro's lack of veracity and the excessive credulity of Northerners who are unaware of this, he makes no observation about the fact that those who give this excessive credence derive gratification thereby. The opportunity for assuming a posture of moral superiority is a temptation that people of a particular mindset seem unable to resist, even if they must distort the facts to make it possible. It is not only a problem of excessive credulity toward Negro lies, but of bias by those capitalizing on the lies.

The example of bias cited by Professor Willcox is very far from unique. When Professor Willcox said that this one example might "serve for a hundred," he meant that this kind of thing happened all the time. An entire false history of gratuitous cruelty toward the Negro can be and has been constructed on the basis of such inflammatory false reporting.

It still happens all the time today, most blatantly -- since it was a highly publicized case that attracted criticism -- in the recent matter of George Zimmerman and Trayvon Martin.
Posted by Hadding at 11:14 PM 1 comment: