A Court without Law, by Heinrich Haertle -- part 6

Ultima ratio regum -- the last argument of kings -- was an inscription on the cannons of Louis XIV. William Whewell, in his encyclopaedic work The Elements of Morality (1845), explains this Latin expression's significance for international law in a way that seems to resonate with Haertle's use of it. Whewell wrote:

Again, War is an armed contest: for States, having no common superior who can decide their disputes, have no other ultimate authority to which they can appeal. On this account War has been termed "ultima ratio regum." But still, though the contest is armed, it is a just, that is, a professedly just one. Though War is appealed to, because there is no other ultimate tribunal to which states can have recourse, it is appealed to for justice. [William Whewell, The Elements of Morality]


Hitler then, waging war as an ultima ratio, was seeking justice. It is interesting to compare Haertle's suggestion that Hitler's decision to go to war in 1939 exemplified ultima ratio -- in other words, war as the last resort after peaceful efforts had failed -- and Robert H. Jackson's declaration that the Nuremberg Tribunal represented "a continuation of the war-effort of the Allied nations." One side used war to achieve justice; the other used the pretense of justice for essentially warlike aims. 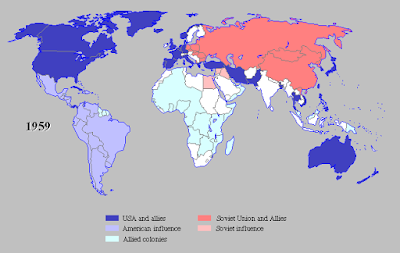 Prosecutors and Judges had to walk on eggshells, because only in this way could they reach their chief goal: condemnation of the Germans for crimes against world-peace.

Twenty years after the death-sentences at Nuremberg the whole enormity of this rape of international law is becoming apparent. Never before in history did hostile powers face each other armed as in the present era, with an arsenal that, in number of weapons and their mass-murdering destructive potential, surpasses everything that humanity could ever imagine until now. Such a gigantic armament would have no purpose if war were not, as always, treated as an instrument of politics. Of course every power disavows arming for war as the ultima ratio of all politics. No, one arms only against the enemy's threat of war. The enemy however arms with the same rationale. And really it has always been that way, from the war-rhetoric of Homeric heroes to the present. The difference consists only in the fact that the armament today has reached a magnitude that, if used, would necessarily destroy both participants. If however such arsenals are maintained and even continue to be increased, then the strongest demonstration of will is to refuse to renounce war as a political tool despite the risk of destroying humanity. The quantity of armament shows the level of militarism that governs present-day world-politics.

If anything can indicate the corruption of present-day politics, it is the fact that precisely those states that sent German generals to the gallows for going to war as the ultima ratio of politics, intending to make an example of those men so as to prohibit war as an instrument of policy for all times, now face each other as potential belligerents of the Third World War.

The atomic militarists of today presented themselves as immaculate pacifists. On 6 October 1945 the juristic representatives of today's mortal enemies meet: Jackson for the United States of America, François de Menthon for the French Republic, Hartley Shawcross for Great Britain, and R.A. Rudenko for the Soviet Union, for the signing of the bill of indictment. Under Count One, section IV.C.3, we find the classic statement that “war was a noble and necessary activity of Germans.” (Nuremberg Trial Proceedings, vol. 1)

This slander is not new. The whole of Allied war-propaganda from 1914 to 1945, and to some extent even into the present, operates on such assumptions. The only thing new in it is that now they are utilized not by paid agitators but by judges and prosecutors who are regarded as juristic authorities in their countries. The bill of indictment aims with this defamation at the real goal of this trial, “the continuation of the war-effort of the Allied nations,” as Jackson revealed early on. As they orate more loudly about peace, it is supposed to become less perceptible that they are continuing war with the methods of justice.

The Allied peace-angels meanwhile speculate about the understandable longing of all peoples for peace after the horrendous consequences of two World Wars essentially caused by precisely those powers that now would like finally to shackle the old god of war into the chains of their new paragraphs. Could there be a more effective means to divert attention from one's own guilt?

Because they must first invent laws against war, however, they create an appearance opposite to what they would like to simulate: they demonstrate to the world that such laws never existed before. The main crime that they want to punish does not yet legally exist, since as of 1939 there were no accepted international laws efficaciously condemning war as a crime that merited punishment and could be punished. There have been no such laws only for the simple reason that no lawgiver exists who could apply and enforce them. Therein the hypocrisy and double morality of the proceedings becomes apparent.

In the rationale for the verdict of 1 October 1946, after the convincing  refutation by the German defense, it is still asserted:

"The Charter makes the planning or waging of a war of aggression or a war in violation of international treaties a crime; and it is therefore not strictly necessary to consider whether and to what extent aggressive war was a crime before the execution of the London Agreement.”[1] The Law of Rudenko is still regarded as “absolute and binding.”

The so-called “crime against peace” is defined under II, Article 6 of the charter in the following manner:

CRIMES AGAINST PEACE: namely, planning, preparation, initiation or waging of a war of aggression, or a war in violation of international treaties, agreements or assurances, or participation in a common plan or conspiracy for the accomplishment of any of the foregoing.[Charter of the IMT at Nuremberg: II.6.a]


With consistent application of this retroactive “law”there would be no war in all of history that could not be declared a crime – and no officers, furthermore, that one would not have had to condemn to be hanged on the gallows of Jackson and Rudenko.
_____________________________
[1] The sentence is from a long statement read by Francis Biddle on the afternoon of 30 September 1946 (Nuremberg Trial Proceedings, vol. 22, p.460). The court's findings of guilt and sentences were issued the next day, on 1 October 1946.


Go to Part 7
Posted by Hadding at 3:39 PM No comments: Links to this post