German Intelligence says: No Connection between al-Qaeda and the 9-11 Attacks 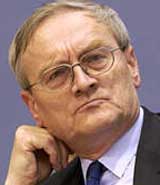 The Federal Intelligence Service has always said that we have seen no connection between al-Qaeda terrorism and the 9-11 attacks and the Iraqi régime....

The emphasis that Hanning puts on the word und, both times when he says it, means that he sees no connection between any one of these things and the other two.

Continuing, Hanning says that U.S. allegations of continuing Iraqi WMD programs were known at the time to be unfounded:


And we have always clearly stated that we did not observe nuclear weaponry or a revived Iraqi nuclear-weapons program. We also made that public at the time. Those were, for example, two decisive elements that prompted the American administration to justify this military conflict.

The Fraudulent Basis of the Afghan War

In the third hour of Adam Curtis' The Power of Nightmares, British journalist Jason Burke explains that Osama bin Ladin had no organization, and that the fiction of a worldwide terrorist organization called al-Qaeda was invented, with the assistance of a paid witness named Jamal al-Fadl, to enable the U.S. Government to charge Osama bin Ladin under the RICO statute. Osama bin Ladin was instantly blamed for the 9-11 attacks because the myth of his being the terrorist mastermind had already been created.

Jim Giles has been in frequent contact with an embedded war-reporter and former special-forces man named Michael Yon. Yon says that the war is going badly and he tells Giles that if it becomes apparent to him that the Afghan war is unwinnable, he will begin public opposition to it.

This represents the pre-eminence of pragmatism over idealism, a typical feature of the US mentality. It is a kind of opportunism. Yon is concerned about whether the US forces are winning or losing, and whether they can win, but he has taken no great care about whether the cause was right in the first place.

The USA certainly did not know immediately after the 9-11 attacks that Osama bin Ladin was responsible. He was blamed because he had become a favorite scapegoat in the several years since the 1998 embassy bombings, but the evidence blaming OBL for that is also very shaky.

The USA also did not have the slightest evidence that the Taliban had any involvement in the 9-11 attacks. The Taliban had told Osama bin Ladin after the embassy bombings to keep a distance from all such activities because they didn't want any trouble.

There was a report in the New York Times that OBL wasn't even in Afghanistan on September 11 but was undergoing dialysis in Pakistan.*

The German intelligence agency, BND, says that the 9-11 attacks were not done by al-Qaeda. There are scholars who say that al-Qaeda doesn't even exist.

From the perspective of the average American we invaded Afghanistan just because we wanted to retaliate against somebody, and those backward towelheads, stoning to death homosexuals and demolishing Buddhist idols and keeping their women at home, seemed to need an ass-whuppin'. None of that was any of our business, but we could feel justified in killing them anyway because we had been told that they were monsters.

The anti-Taliban propaganda also included the outrageously false imputation that removing the Taliban would somehow adversely affect opium production. This lie was propagated from the mouth of President George W. Bush and from the BBC World Service, but it was the opposite of the truth, since the Taliban had successfully eradicated poppy-growing as un-Islamic in the 90% of Afghanistan that they controlled, while poppy-cultivation continued in the 10% of the country controlled by the USA's newly adopted proxy, the Northern Alliance.

Allegedly the USA invaded Afghanistan in order to find the accused master conspirator Osama bin Ladin, but ten years later he has not been found and the US forces are still there, engaged in an attempt at "nation-building" that seems doomed to failure because most of the upright and honorable people of Afghanistan are on the other side.

Who knows what the real reason for invading Afghanistan was? I think the fact that they were setting an example of incorruptibility and insusceptibility to US-Jewish pressure had a lot to do with it.

The Taliban have paid a high price for not being corrupt, but corruption has an ultimate price that is higher still.
____________________
* On 2 May 2011 when, according to reports, Osama bin Laden finally was found, he was not in Afghanistan but in Abbottabad, Pakistan, near the Indian border. He was captured unarmed, but instead of being put on trial as a conspirator in the 1998 African embassy bombings (where his defense would most likely have been, as the Manchester Guardian's reporter Jason Burke has explained, that there was no organization called al-Qaeda) he was extra-judicially killed, and his remains were dumped in the ocean.
Posted by Hadding at 11:20 AM No comments:

How to Minimize Infighting

One of the bad things that we take along with the good possibilities of internet, is that anybody can set himself up as an ostensible expert on some matter or a spokesman for some cause, and if he is really reckless and throws around shocking accusations, he will probably attract more attention faster than if he is cautious.

I don't think that it is a good practice in general to respond to false accusations by impugning the motives of the one making the accusations, unless you have solid evidence. You are entitled to say that something being said is ridiculous. People then can assess for themselves whether this is true or not. But to say that somebody with an idiotic opinion or a counterproductive approach is therefore a Jew, or an agent of the Jews -- except in the extraordinary circumstance that you actually can prove it -- is just a blind stab in the dark, and making that counter-accusation will reduce your credibility with thinking people.

There are several possibilities to consider, other than the Jewish agent interpretation: 1, Some people are more focused on being shocking or contrarian than on being correct; 2, there is a tendency for some of the small people to belittle their betters; 3, some people just aren't very good at analyzing information and coming to a reasonable conclusion.

An example of how not to deal with personal attacks: in 2003 Bill White and Alex Linder were attacking Kevin Strom's character in various ways; Strom responded by insinuating from the bully pulpit of an American Dissident Voices program that these people attacking him had been put up to it by the FBI. Strom had no real evidence to support this insinuation, and the main thing that it accomplished was to show that the attacks were driving him crazy, which really encouraged them to do more. Strom would have done better to ignore the attacks entirely.*

By contrast, Dr. William Pierce's policy was never to give a public response to personal attacks, even though Willis Carto's Spotlight tabloid attacked him repeatedly in the 1990s, for example insinuating that he was a "CIA asset." Since Dr. Pierce ignored the attacks, there was not much to be said about them, and consequently very little sustained interest.

If you do respond, stick to the facts. When a dispute is kept focused on facts instead of personality, there is some likelihood that facts will get sorted out. As long as it's a matter of sorting out facts, we are all on the same side, trying to get at the truth. If the accuser has made an honest mistake, you might win him over. When it becomes an exchange of accusations, the search for truth is over.

Even if the other guy is totally committed to unreasonable personal attacks, don't follow his example. If you do, you are giving up the intellectual high ground. You can say that somebody is saying reckless or foolish things, rather than being deliberately malicious, and still keep the dispute, on your side at least, within the realm of demonstrable facts. Motives are hard to determine but recklessness and foolishness can be demonstrated about what somebody says or does. You can win the rational minority over to your side that way.

Responding to somebody who recklessly throws around personal accusations with the same kind of accusation, unless you have good evidence, just validates recklessness and spreads irrationality, which we really don't need.
__________________
* I really don't want to dump on Kevin Strom gratuitously; this is just an egregious example known to me. Kevin Strom actually does have some good qualities -- meticulous, knowledgeable, etc. -- but stoic endurance is clearly not one of them, and that deficiency explains his conduct both in the face of personal attacks and when facing criminal charges. He seems to have been the opposite of Dr. Pierce in that regard. I cannot imagine Dr. Pierce pleading guilty as Kevin did to a charge (possession of child pornography) that would stain his reputation forever -- of which, according to Kevin, he was innocent -- so as to get out of prison sooner and reduce short-term emotional distress for his children. It amounts to sacrificing the future for the sake of the present. Dr. Pierce would have said that life is hard and that enduring some emotional distress early in life will make the children better able to cope with life. If Martin Lindstedt could beat such an inflammatory charge, Kevin Strom could have done so too, if he was innocent: it just would have meant staying in prison longer.
Posted by Hadding at 6:45 PM 1 comment: 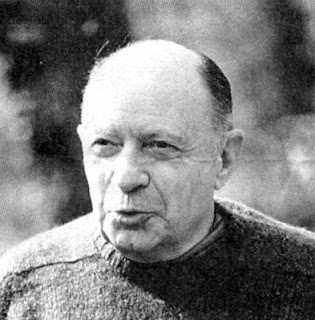 My lesson from the book is as follows.

(1) Only a state or a quasi-state possessing mass-media can engage in modern propaganda, which involves the use of mass-media and educational systems to immerse the public in a particular way of looking at the world; therefore it is misleading to refer to a leaflet distribution as propaganda; at best this is counter-propaganda, an attempt to awaken doubts about the propaganda which is pervasive.

(2) Since the first mission of counter-propaganda is to create skepticism toward propaganda, counter-propaganda can be much less expensive than propaganda, but to maximize effectiveness it has to be directed toward people who are capable of skepticism, toward the thinking minority and toward people whose experience tells them that they have been ill-served by the establishment and its propaganda, or people (like farmers and truckers, Robert Mathews' favorite demographic when he was still strictly legal) who spend much of their lives away from social pressures, or whose daily lives provide experiences that contradict equality propaganda as a matter of course (like veterinarians and police).

Ellul mentions rather late in the book that winning people over is not always the immediate goal of (counter) propaganda; often the goal is simply to soften the pre-existing convictions. As blatantly false and unpleasant in application as the doctrine of racial equality is, if we can simply punch holes in the wall of fear about questioning it, we will have made an effective counter-propaganda, because perception and cognition will gradually accomplish the rest. The fact that someone makes an overt expression of racism and forces the system and the public to tolerate it, is already a victory that puts the system into a defensive posture.

Don't measure the effectiveness of counter-propaganda in terms of recruits; rather take note of a more subtle and widespread effect, the increased willingness of the public that has been exposed to your position to regard it as worthy of discussion.

There is reason for hope in Ellul's book: as he describes the power of propaganda he also describes its vulnerability. Propaganda's main vulnerability is that it cannot tolerate contradiction. So get busy and make your voice heard!
Posted by Hadding at 4:51 PM No comments:

Admiration for Hitler Growing in India 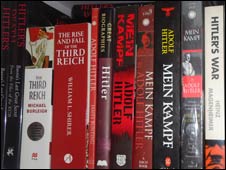