Why Zionists who Know the Situation are Afraid to Attack Iran

E. Michael Jones makes a lot of sense, not in every subject, but certainly when he talks about U.S. foreign relations.

It is puzzling, how much publicly available information Zionist warmongering seems to ignore. For example, how could they not have known that the elimination of Saddam Hussein would facilitate a great expansion of Iranian influence in the region? This should have been a no-brainer. Yet like a deindividuated, unthinking mob, Zionists were determined that Saddam had to go!

The highly competent leader of Hezbollah, Hassan Nasrallah, stated last summer, long before the senseless killing of Qassem Soleimani, that an attack on Iran would provoke a retaliation against Israel. He said that Hezbollah's missiles could take the Zionist Entity back to the Stone Age, and he said that the Jewish State would definitely suffer a retaliation if Iran were attacked. Perhaps Nasrallah did not make it clear enough that the retaliation would include tens of thousands of missiles from Hezbollah.

It was only after E. Michael Jones stated that any retaliation for the murder of General Soleimani should be against the State of Israel rather than against America --


"Israel is the cause of this mess; Israel should be held responsible for what happened." (Press TV, 5 January 2020)


-- that Nasrallah's position seemed to be remembered and taken seriously.
Posted by Hadding at 12:49 PM No comments: Links to this post

Labels: State of Israel, The Jewish Problem, Wars for Israel

For more information about William C. Bullitt's character and likely motives read The Jew Who Caused the Second World War.

Posted by Hadding at 5:02 PM No comments: Links to this post 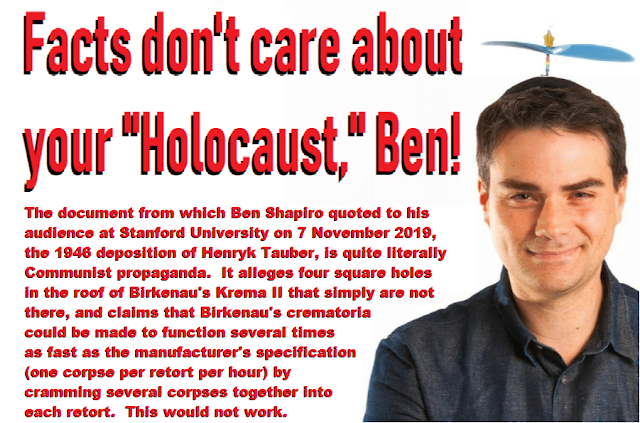 At Stanford University on 7 November 2019 Ben Shapiro quoted a document from the Communist legal system of post-war Poland, to the effect that 2500 corpses per day were cremated by a crew working in Krema II of Birkenau. According to information from the manufacturer of the crematory ovens used at Birkenau, Topf und Söhne, this is simply impossible.

There were 15 crematory retorts in Krema II and each could cremate (on average) one body per hour. In 24 hours of continuous operation, then, 360 bodies could be cremated. All the 38 retorts in Birkenau operating continuously for 24 hours could cremate 912 bodies.

It's really worse than that, because the ovens had to be out of service for 3 or 4 hours each day to be cleaned. In that case the maximum possible numbers are 315 for Krema II and 798 for Birkenau as a whole.

The idea that cremations could be accomplished faster by piling in bodies seems to be based on the assumption that a crematorium functions like an open fire, where the energy released as heat is mostly wasted. In fact a crematorium, especially the kind used at Auschwitz-Birkenau, functions more like an oven for baking food, where the temperature is controlled and waste of energy is minimized. It is a well known fact that in a household oven the time required for cooking a piece of meat is roughly proportional to the mass. This rule also applies to crematory ovens.

Apart from false testimonies like Tauber's, there is no reason to believe that Birkenau's crematoria were operated to the maximum extent possible. A document discovered by Carlo Mattogno refers to a "twelve-hour workday" in relation to fuel-consumption. Also, some of Birkenau's crematoria spent considerable time out of service needing repairs, which surely would not have been allowed if the full capacity for cremation had been needed at all times.

The impossibly high rate of cremation claimed in Tauber's deposition seems to have been calculated to support the old Soviet line, that 4 to 5 million died in Auschwitz-Birkenau. The Auschwitz Museum's current claim (still a gross exaggeration) is that only about 1.1 million died there.

Indisputably, that document from the Communist legal system of post-war Poland makes absurdly inflated claims about how fast corpses could be cremated in Birkenau concentration camp, and Ben Shapiro was a fool to trust it.

Shapiro felt the need to try to demonstrate the factuality of the Holocaust because of Nick Fuentes' mockery of it in a video-clip from last January, which had been dredged up and publicized as a way of attacking Fuentes after his followers humiliated the representatives of a phony conservative organization called Turning Point USA. A discussion of the conflict around Nick Fuentes can be read here: America First vs. Holocaustian Mind-Control.
Posted by Hadding at 1:20 AM No comments: Links to this post 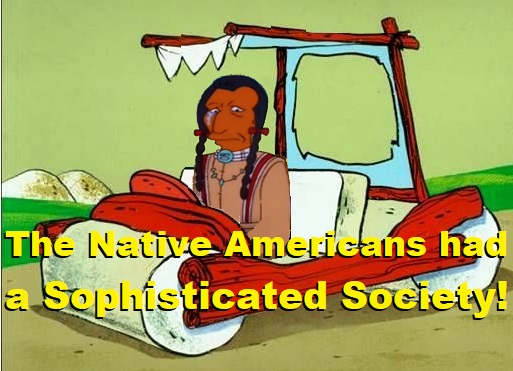 This is an excerpt from the Outlaw Conservative show of 27 November 2019.


A little more information about Squanto

He was the sole survivor of a disease epidemic that struck the Patuxet tribe, who had lived at the site of Plymouth before the Pilgrims. The Patuxet had been part of the Wampanoag Confederation based in what we now call Rhode Island.

Since the whole confederation had been severely reduced in numbers by disease, leaving them vulnerable to conquest by the nearby Narangansett Confederation, Squanto was able to convince the Wampanoag king Massasoit to make an alliance with the musket-bearing Englishmen.

The native who first contacted the Pilgrims was not Squanto but Samoset, an Abenaki sagamore who had become acquainted with Englishmen through their fishing expeditions and camps around the Gulf of Maine. Samoset, traveling through the area, noticed the Pilgrims' settlement and approached to ask for beer. On his next visit Samoset brought Squanto, because Squanto had been to England and spoke much better English.

Lynn Ceci, in Science magazine of 4 April 1975, demonstrates that the agricultural technique of burying a fish with maize to make it grow better was one that Squanto himself had most likely learned from other Englishmen (source).

The traditional belief in the Red Man's wisdom and benevolence toward the Pilgrims is superficially informed and unrealistically idealized.
Posted by Hadding at 8:49 AM No comments: Links to this post 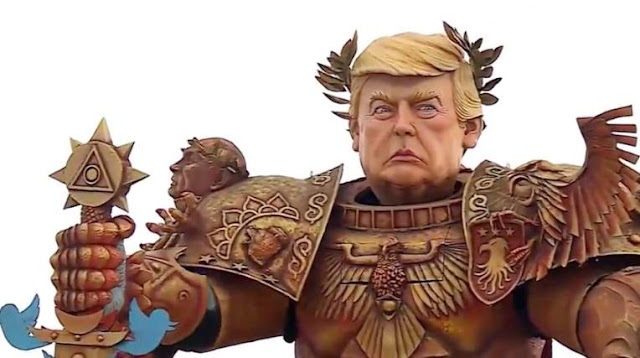 Thomas Edsall of the New York Times wrote a column (2 October 2019) presenting and endorsing the paranoid projections of degreed and tenured leftists who accuse President Donald Trump of intending a "coup" in the form of refusing to leave office if he loses the next election. Hadding explains why the accusation is sadly unjustified. (This is an excerpt from the Outlaw Conservative show of 2 October 2019.)

Trump Not Alone in his Assessment

On Tuesday 1 October 2019 President Trump made a post on Twitter to the effect that the movement to impeach him amounted to a coup. Trump's enemies are acting as if this were some kind of crazy talk, but Trump is far from alone in that opinion. Even some of his enemies have been using that word to characterize the efforts to undermine or terminate his presidency, for more than a year.

“I think impeachment would be a bad idea. If President Trump is somehow forced to leave office before the end of his first term, one-third of America will believe it was a soft coup...."

"... the actions described in the book and in the op-ed are extremely worrying, and amount to a soft coup against the president.

"There is either a soft coup underway or the president is unfit for office."


The point of the concern about Trump's use of the word coup, and his comments in 2016 about electoral irregularities, is that if the electoral process is now being voided by a "coup" or if the elections themselves are crooked, then the system is already dead and there can no longer be any moral argument for respecting the Constitution and not simply seizing power. Michael Hayden warned against trying to remove Trump from office precisely because it would induce "one-third of America" that currently respects the Constitution to begin thinking outside of the Constitutionalist box (as has been for decades the exclusive prerogative of the anti-White left, especially in the form of crooked rulings by courts). The fear is that the White majority, struggling against reduction to minority status, may cease fighting with one arm tied behind its back.

We have been headed in this direction for some years now. See my article  from 2012, Welcome to the Banana Republic.
Posted by Hadding at 12:08 PM 4 comments: Links to this post

German Rocket-Scientists Not Getting Their Due 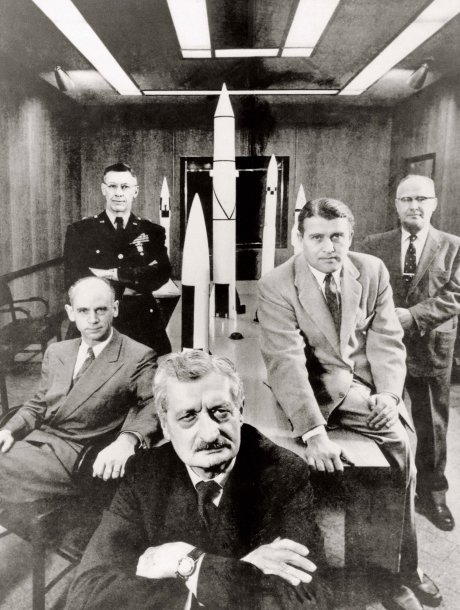 How strange it is, then, that on the fiftieth anniversary of the first landing of Americans on the Moon, we have heard so much about the astronauts but very little about Wernher von Braun and his team of rocket-scientists from Germany – and that what we do hear about the German rocket-scientists today is largely negative.

Cagle's assessment is clearly correct. In the early 1950s the United States had two rocket programs, one run by the Army, which had the Germans, and one run by the Navy, which was plagued with failures. When the National Aeronautics and Space Administration was formed, it was built mainly around the team of Germans brought to the United States after the Second World War. We can safely conclude, therefore, that without Wernher von Braun and his team, there would have been many more failed rockets, and perhaps there would never have been a NASA.

As with some other big ideas, the idea of traveling to the Moon was a German elaboration of a French inspiration. Jules Verne's novel of 1865, De la Terre à la Lune, contained insights like the fact that Florida would be a good location for launches, but it was Hermann Oberth in the early 20th century who made the physical calculations of how acceleration out of the Earth's gravitational pull and into outer space might be possible. Fritz Lang's movie about a voyage to the Moon, die Frau im Mond (1921), and Oberth's book die Rakete in den Planetenräumen (1923), inspired a schoolboy named Wernher von Braun to learn the mathematics and the physics involved so that he himself might one day travel into outer space.


Posted by Hadding at 7:54 PM 3 comments: Links to this post